An Ode to Joy that I had been waiting for, and it approached my hearing in temporal time. And that precise placement on the timeline has passed and now it’s gone except for the memory, which is divine.

Last weekend’s concert with Manfred Honeck and the Pittsburgh Symphony Orchestra premiered Christopher Theofanidis’ “The Gift”. I enjoyed this PSO commissioned piece immensely for the music and this tenor singing.

The composition, based on it’s name got me to thinking, with every gift there is also a Giver. In this case the giver was board chairman, Dick Simmons, to whom this piece was dedicated. But in my mind I started thinking more generally as the piece progressed. I thought of a book I read a few years ago called “The Giver” about a boy growing up in some future society where everyone was equal and the same, and there was no individualism. Yet in the story, as there always typically is, one boy finds a way to rebel against this obvious restrictive nature setup in the beginning, restrictive to human and individual desires to excel. They even outlaw ‘color’ — no one is allowed to see color as it might make them strive for more. The boy begins by momentarily seeing the color red when an apple is thrown to him. The book goes on and on with his journey to rebel when he and a girl eventually leave this society to the wilderness to rough-it and build their own.

I heard colors and beauty in the composition. I did not read the text or try to hear the words from the tenor, because to me the music is what I came for, and the music is the real base for the conceptualization of beauty. And indeed there was beauty.

Beethoven’s symphony number 9 was the 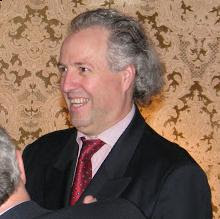 masterpiece I came to hear. I enjoyed it fully. Yet this version was an interpretation by Music Director Manfred Honeck. His idea was to use the metronome marks from Beethoven himself. He introduced the idea in a generous introduction to the audience. To me, these introductions are both informative and rewarding, and I always appreciate it when a conductor takes the time to do so. It also lets us see a little of their personalities, which for all the conductors witch have performed with the PSO, is entertaining and a treat in my opinion.

Honeck talked at length about tempo, for which he vehemently stressed in many ways was traditionally slow, and in his portrayal will be faster, adhering to Beethoven’s markings. Yet he did briefly delve into a few other changes he was to make. He talked about the ‘wording’ of the notes and choral parts and how they are accented. For instance the word ‘Bruder’ (which means Brother) was to be accented on the leading part and then softened at the end. I heard that during the concert. That word is used quite a lot in the ‘Ode to Joy’.

I did enjoy the tempo (he got a laugh when he said that the quicker tempo would make for a quicker ending to the concert). I enjoyed it as I always enjoy this composition, and I think either way I would not object. The rhythms and accents were also interesting, to this I did not bject.  The tempo, especially for movements 3 & 4 were fast and enjoyable specifically because we could here the difference that he had demonstrated at the beginning, and I could sense that Honeck and the PSO must have spent a lot of time rehearsing for this.

I want to give particular kudos to Angela Meade, soprano, Kelley O’Connor, mezzo-soprano, Anthony Griffey, tenor, Alexander Vinogradov, bass and the Mendelssohn Choir of Pittsburgh for the beautiful vocal and choral parts in the 4th movement. To say that I’m a Beethoven “Ode to Joy” devotee is an understatement, I’ve heard it so very many times. I think that the first time that someone hears the 4th movement they might not fully appreciate it. Yet after a while it grows on you, then it becomes a part of you.

To me, for the first two movements, I could not sense a difference in the tempo between this version and the so-called ‘traditional’ versions. The famous second movement is a main-stay, and always brings a smile to my face.

My only complaint was with the first movement, not the tempo, not because it wasn’t well performed. There was something wrong that was difficult for me to place my finger on. The best I can say was that perhaps the trumpets in a few spots, even though they were soft, seemed out of place. I wanted to more fully enjoy the strings yet was distracted by the trumpets. Perhaps all the recordings I’ve heard mix it that way and I’m just used to more strings. Yes, the first is my favorite movement so I want it to be just right. Yet what is ‘just right’ is certainly objective.